What is API first design? 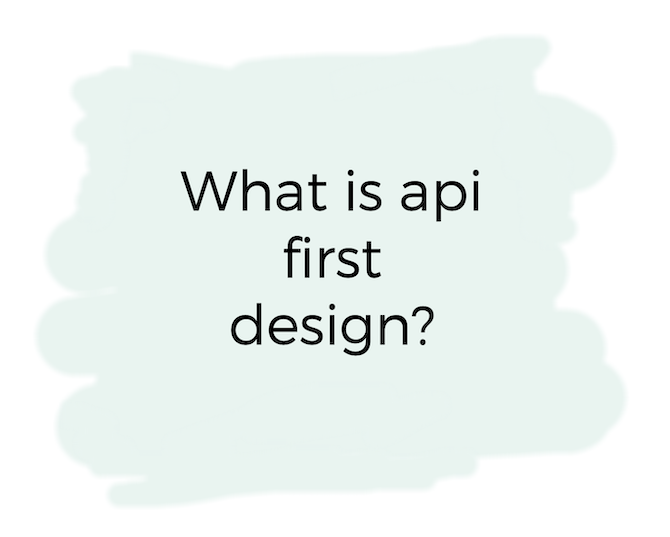 In this post we will discuss what API first technology design means and why connected cloud of devices cannot be ignored by businesses anymore.

Every business now-days has to export / expose valuable data publicly. The value of well productised APIs to the business organization is becoming significant on the balance sheets.

Let's take a look at the history and why APIs became critical part of most technology platforms.

Apple released their version of smartphone called iPhone in 2007. Adoption skyrocketed. Digital interactions through smart apps skyrocketed. There was no turning back.

We now call them the Internet of things.

Below graph shows the number of smartphones and IoT devices in comparison to standard desktop computers.

What one thing all these new devices have in common?

They all rely on data APIs to be present for most of their functionality. 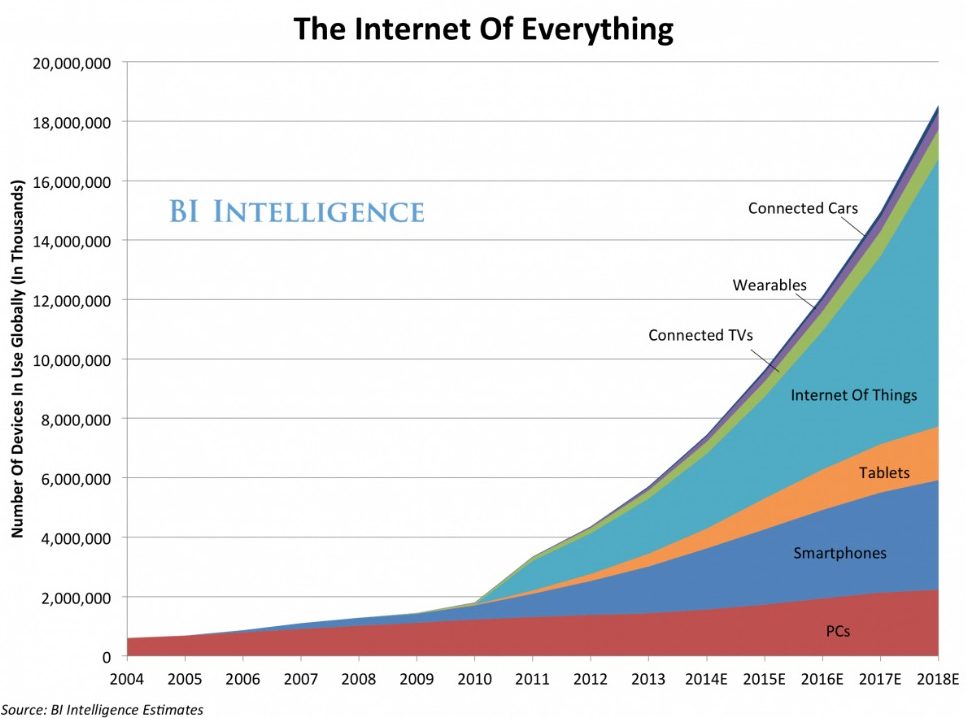 What challenges did all this rapidly growing adoption brought to the businesses and their technology teams?

Let's take a look at the average digital business company before the smartphone revolution.

Their underlying technology looked similar to this. 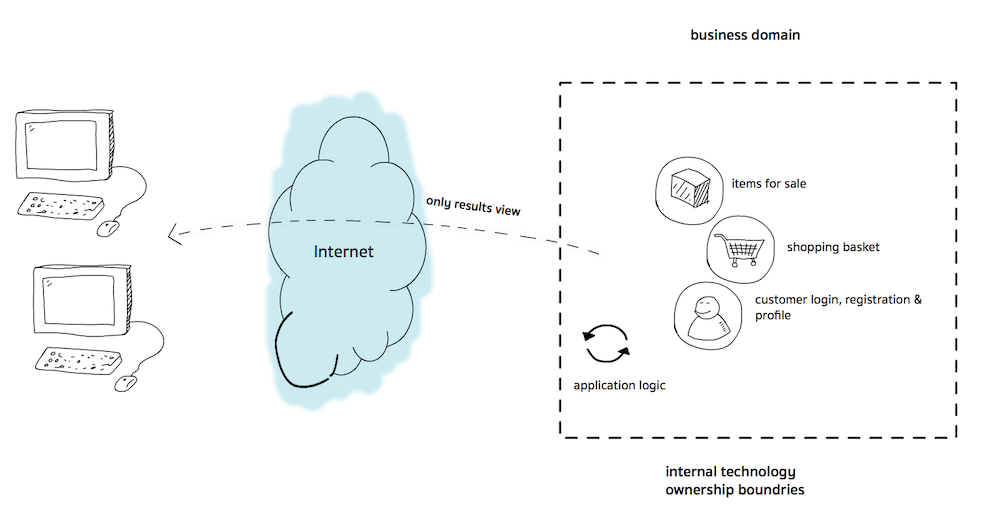 Large, monolithic technology architectures were working just fine. Business had full control of the data inside its data centre.

There was not much segmentation on the client side technology set.

Frameworks like jQuery where managing cross browser look & feel for us. 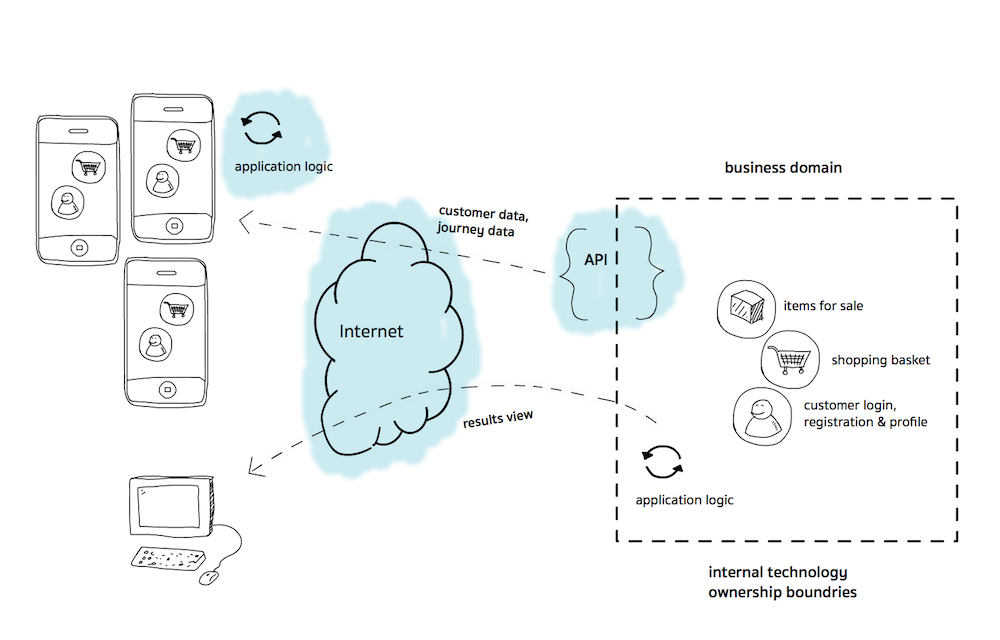 Generating and sending only HTML views was not enough anymore.

Mobile applications took the control over the customer journey because smartphones became such an integral part of customers everyday life.

Businesses had to make their data publicly accessible (even if secured, encrypted etc.) for their own smartphone applications.

Customer listings, checkout flows, payment flows, notifications and other functionality was now performed outside of business controlled datacenter. On the customers smartphone.

Suddenly, existing technology stack had to securely share much more than HTML representation markup - it had to share business data as well.

The most convenient way to expose all this data to applications was via publicly facing APIs or Application Programming Interfaces. 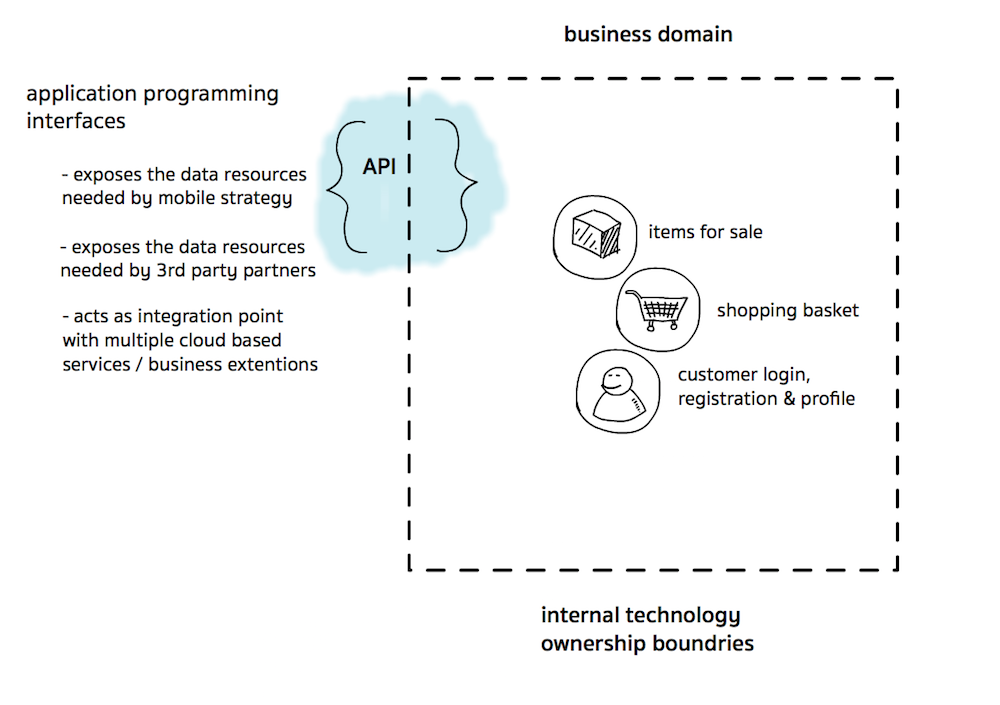 Enterprise technology stack has accumulated yet another layer - API Management.

What is API first technology design?

Which means that most of business technology platforms will shift the focus on the small screen devices first.

Otherwise it would be very challenging to fulfil customer demands to served via small-screen devices.

To sum up, API first design approach is aimed at building platforms which allow business to create products out of their data assests and to facilitate business integrations with partners.