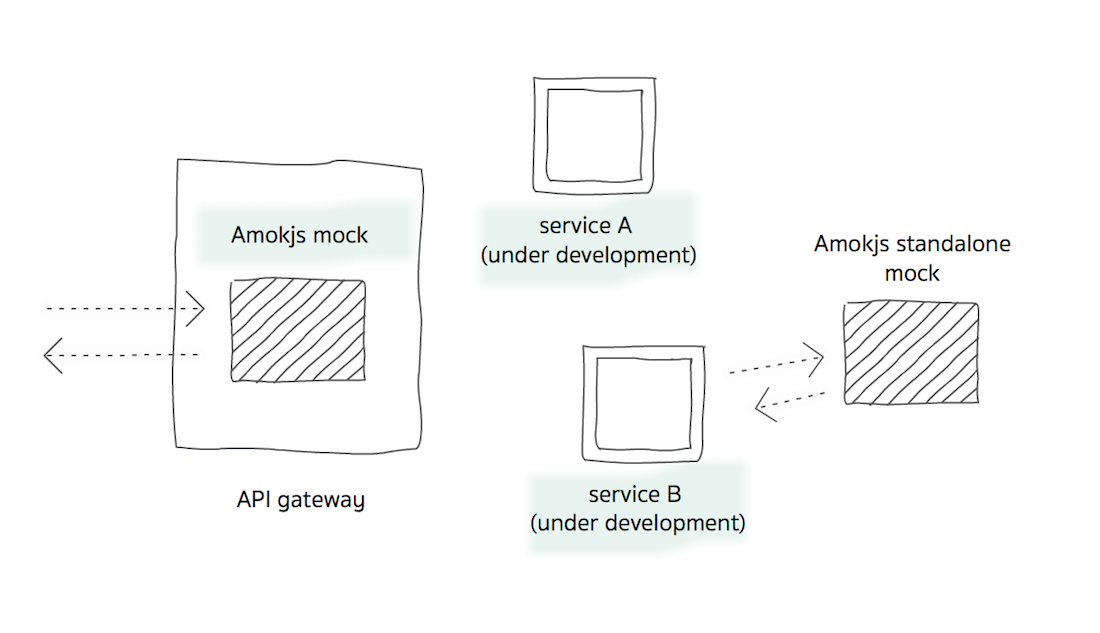 API contract mocking is often used within application development lifecycle where backend services are not yet available or not stable.

This totorial will guide you through building REST API mocks in order to decouple and speed up application development.

One of the mocks will be lightweight and standalone Nodejs application and the second one will be Apigee bootstrap based API mock deployable on Apigee API gateway platform.

Amokjs is a small Nodejs library which helps to serve example API responses from flat files.

It was created for quickly deploying API response mocks to unblock development of client applications and services.

First, we create the package.json file to define Nodejs project. It must have the amokjs dependency listed.

Next, create the app.js application file with the following

Above lines are importing amokjs package dependency and setting the incoming port on which app will listen to http requests.

What's left is to create the responses directory and place the flat files with example responses we want to serve. Amokjs project provides few such example files as reference.

Your standalone API mock is created. Install npm dependencies and run the app

You API mock should be serving responses at the port you specified erlier, based on the flat file name.

You can find more sample responses in the Amokjs example project and start creating your own.

For quick setup of Apigee Edge based API, we are going to use a Apigee API bootstrap framework. It has all the setup we need to get started. Follow the setup instructions for reference.

Next step is to take the standalone application we have create in the previous step of this tutorial and add it to apiproxy/resources/hosted part of Apigee API bundle.

Finally, we have to add app.yaml config file, which provided settings for Nodejs container within Apigee Edge.

You can find example Apigee Edge bundle with mock endpoint application on Github.